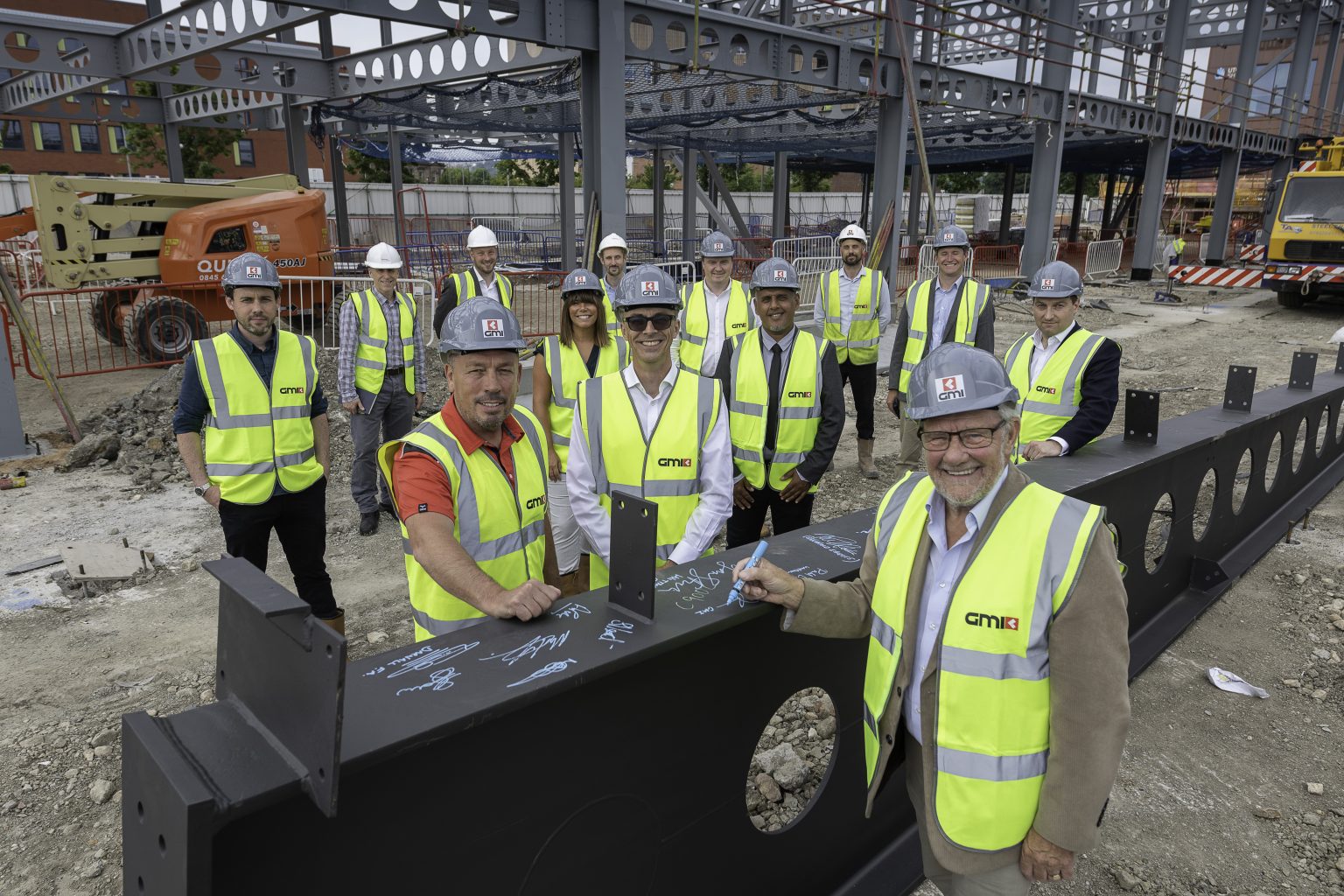 GMI Construction is the main contractor for the stadium, which will include a three-storey, covered grandstand alongside 23,000 sq ft of business space and ancillary facilities. SGI has also committed to providing three Padel Tennis courts within the grounds of the stadium, further expanding the sporting opportunities available at the Park and reinforcing its health and wellbeing ethos.

As well as becoming a permanent home to Sheffield Eagles Rugby League Football Club, the stadium will also be available for community use.

Around 240 tonnes of steelwork, 2,350 tonnes of concrete and 100,000 blocks are being used for the project, while more than 10,000 tonnes of material have been moved as part of the earthworks, the equivalent in weight to four Olympic swimming pools.

The steelwork is due to be completed in early October and the entire project handed over by February 2022.

Although the signatures will be not be visible when the stadium is completed, each attendee has become a permanent part of the legacy of the building.

Mark Jackson, Development Director at SGI, said: “We are delighted to see works on the Community Stadium progressing well and on target, especially as we know how important it will be to the local community.

“Not only will it provide valuable employment opportunities and economic benefits, it will also help to support the health and wellbeing of residents and visitors alike by providing fantastic sporting facilities on their doorstep.”

Richard Caborn, Sheffield Olympic Legacy Park Project Lead, said: “The development of the Community Stadium takes us another step closer to fulfilling our ambition of making our facilities on Sheffield Olympic Legacy Park available and accessible to all – from professional sport, to weekend warriors, through to the grass roots sports of our community. This will be a real partnership working in the interests of everyone.”

Lee Powell, Divisional Managing Director of GMI, said: “Sheffield Olympic Legacy Park is a flagship scheme in our growing construction portfolio and, once complete, will be a major asset for the people of Sheffield and the wider community. Our works are really moving forward, which this construction milestone demonstrates. We’re making excellent progress and are excited about the future as we develop a state-of-the-art facility which will be massive for the region.”

In addition to the Community Stadium, which is due to complete in February 2022, the developer intends to submit a planning application for the first phase of the scheme, which will feature an Enterprise Centre to support start-up and growth businesses in the health, wellbeing, sport and activity sectors, alongside extensive public realm improvements by the end of the year.