British cycling road champion Adam Blythe is the latest big name to be announced as a special guest for Sheffield’s Celebration of Sport gala dinner. 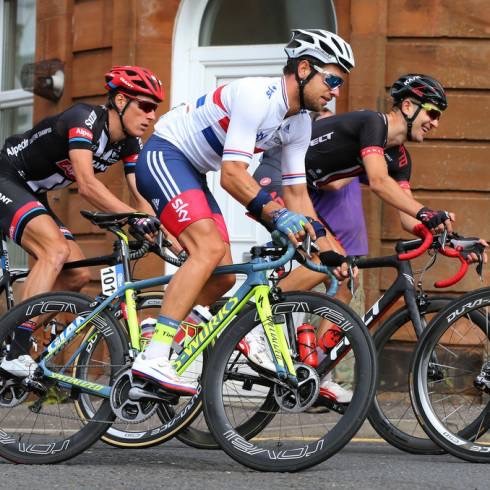 Sheffield-born Adam will attend the red carpet event at the English Institute of Sport (EIS Sheffield) on Wednesday 5 October.

The cyclist held off a sprint challenge from former world champion Mark Cavendish to win the 2016 British Cycling National Road Championship. Adam, 26, also placed first in the London-Surrey Classic in 2014.

“The city has produced so many fantastic sport stars over the years and I’m sure there are plenty more budding athletes out there just waiting for their opportunity to shine.”

Hundreds of guests are expected at the Olympic Legacy Park’s glittering gala event, which will honour the city’s past, present and future sporting success. The event will raise money for The Children’s Hospital Charity and SportsAid Yorkshire and Humberside.

Richard Caborn, project lead for the Olympic Legacy Park, said: “We’re thrilled to be welcoming Adam to Sheffield’s Celebration of Sport. His amazing achievement earlier this year at the cycling championships is certainly worthy of celebrating.”

A range of sponsorship packages and silver and bronze table packages are available for the gala dinner (gold packages are sold out).