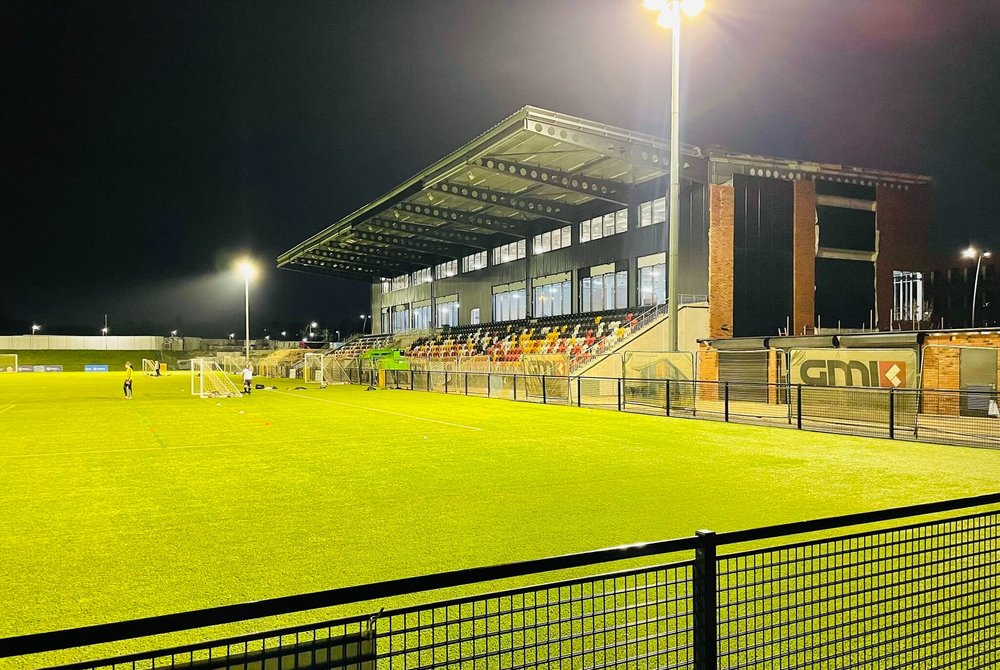 Football legends from across South Yorkshire are set to lace-up their boots once again to raise funds for local youth homeless charity, Roundabout.

The Sheffield Legends v Hallam FC Vets charity football match, which is being hosted by property regeneration expert, Scarborough Group International (SGI), is scheduled to take place at the newly-constructed Community Stadium at Sheffield Olympic Legacy Park on Sunday 15 May 2022.

Brearley made his name as a metallurgist when he discovered stainless steel in 1913 while working at Brown-Firth Research Laboratories in Attercliffe. He later went on to work at Brown Bayleys Steels which was located on a site that is now occupied by Sheffield Olympic Legacy Park.

As well as helping to raise vital funds for charity, stadium owner and developer, SGI is using the event as an opportunity for the local community to experience the new facilities before Sheffield Eagles play their first home fixture against Widnes Vikings on Monday 23 May 2022.

The charity match will kick off at 2pm and will include half-time crowd participation activities and a raffle prize draw, followed by presentation of the Harry Brearley Cup. There will also be a post-match player meet and greet opportunity at The Old Library, with tickets launched shortly.

General admission tickets are £5 per person and can be purchased here.

Emily Bush, Events Fundraiser at Roundabout, commented: “We are so pleased that the Sheffield Legends v Hallam FC match will be supporting Roundabout and we are delighted that so many great names from the world of football are taking part in what we are certain will be an unforgettable afternoon of great sport.

“Our special thanks, of course, must go to Scarborough Group, for hosting the match and helping us to raise money for the full range of services that Roundabout offers to some of South Yorkshire’s most vulnerable young people.”

Kevin McCabe, Chairman at SGI, added: “I’m thrilled to see Sheffield’s newest Stadium formally opened at Sheffield Olympic Legacy Park and am even more delighted that we’re able to do it with a charity football match featuring a star-studded line-up of some of the city’s finest former professional football players. In doing so, we will be raising much-needed funds for this very worthy cause.”