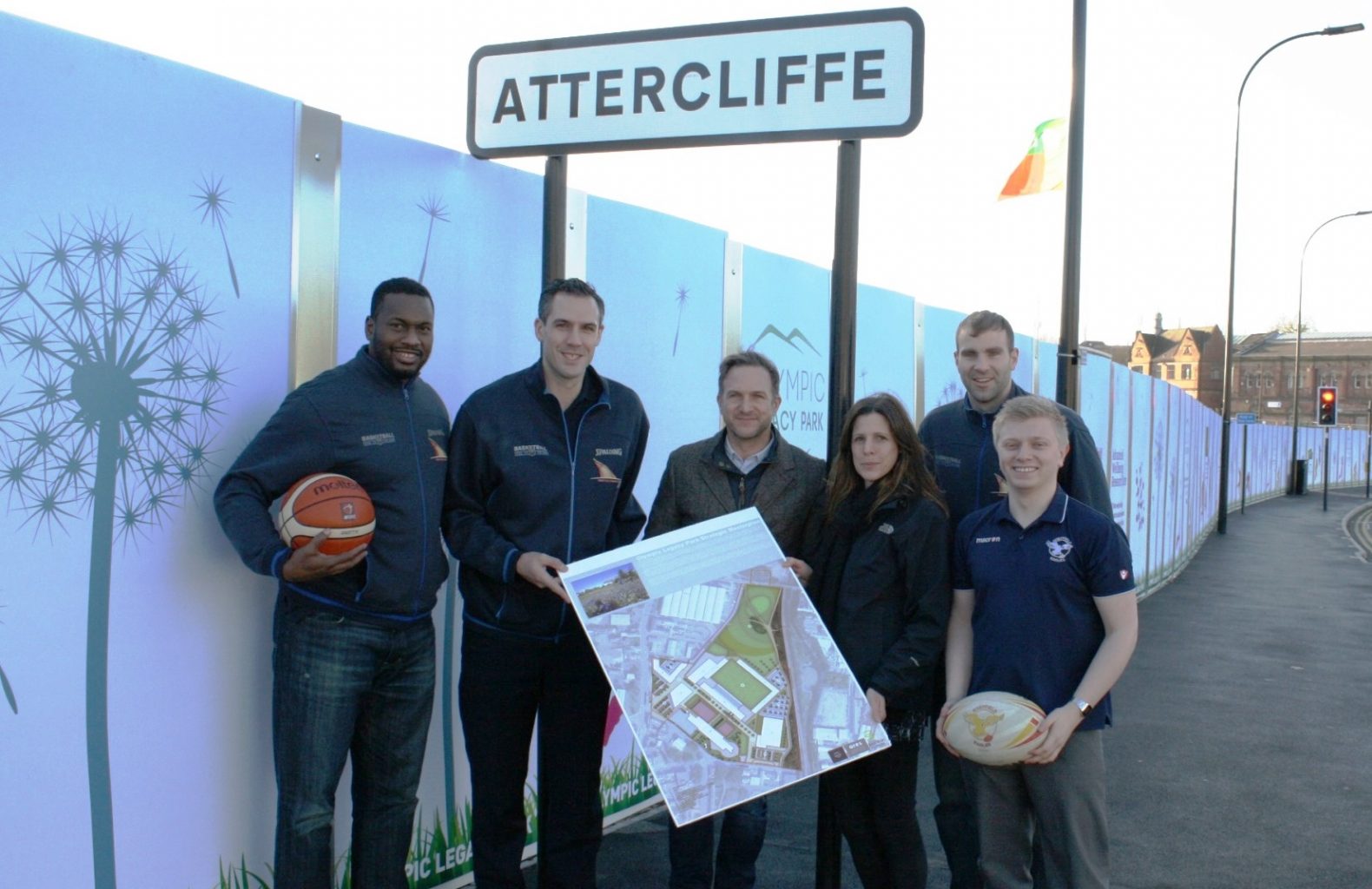 Artwork has been installed around the unique London 2012 legacy project, which is set to become an internationally recognised centre for health, wellbeing and innovation.

It can be seen along the front of the site on Attercliffe Common and showcases the venues and activities that will take place on the OLP when it’s fully operational in 2017.

It comes as construction work has started on site on Sheffield’s second University Technical College (UTC) – UTC Sheffield Olympic Legacy Park campus. Opening in September 2016, the £10 million facility for 600 students aged 14 to 19 will specialise in the medical, sports sciences, and computing sectors.

The Rt Hon Richard Caborn, project lead for the OLP, said: “The new artwork on Attercliffe Common looks fantastic and gives a flavour for some of the incredible activity that will take place on the OLP, from the very latest health and wellbeing research to community sport.

“With the Oasis Academy Don Valley already open and work well underway on the UTC Sheffield Olympic Legacy Park campus, you get a feel for the scale of this unique project.

“Through the development of the Olympic Legacy Park, Sheffield will become a living laboratory, providing opportunities for people to lead healthier and more fulfilled lives, and placing the city at the heart of health and wellbeing innovation.”

The world-class English Institute of Sport Sheffield, Olympic-standard twin-pad iceSheffield, and the Grass Bowl are all within OLP’s boundaries.