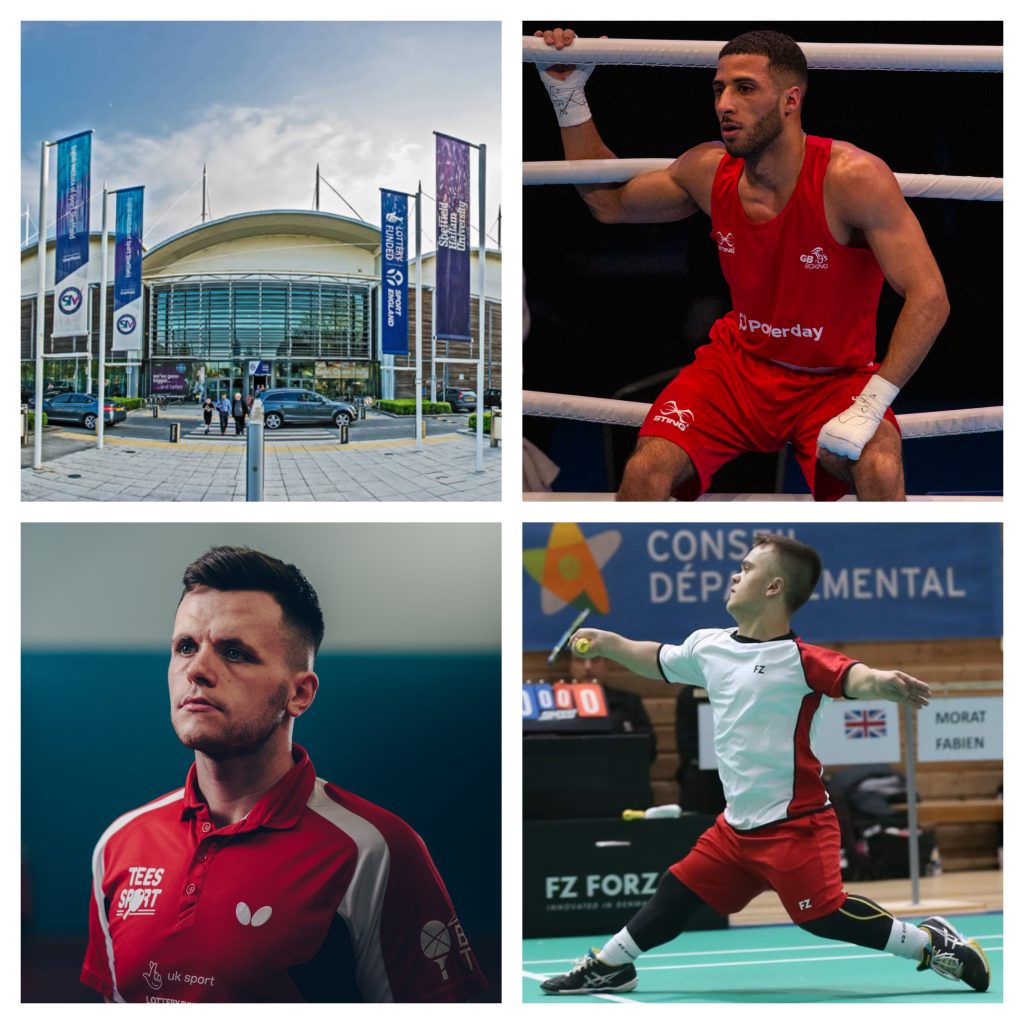 Athletes training at Sheffield Olympic Legacy Park are fully focused on Olympic and Paralympic glory as they count down the last 100 days before Tokyo 2020.

The postponement of the Games last year, due to the Coronavirus pandemic, was hugely disappointing for over 100 Sheffield based athletes, coaches and support staff preparing for Tokyo 2020.

Wednesday 14 April marks 100 days to go until the start of the Olympic Games in Tokyo, followed by a second 100 days milestone on Sunday 16 May for the Paralympic Games.

Former Minister for Sport and Project Lead for Sheffield Olympic Legacy Park, Richard Caborn, said: “Tokyo 2020 may have been a long time coming, but we believe it’s definitely going to have been worth the wait.

“Sheffield has a reputation for producing world-class athletes, and it’s going to be incredibly exciting to see the current crop put all their hard-work and preparations into action after all this time.”

Sheffield Olympic Legacy Park is home to the English Institute of Sport Sheffield (EISS) – the current training venue for a number of athletes who will be ones to watch in Tokyo.

GB Paralympic table tennis star Aaron McKibbin has been based in Sheffield for the last 11 years, and trains at the EISS.

He said: “I’m excited for the Games to go ahead. It’s been a long wait but obviously in the world there was much more important things going on than sport.

“We’ve been very lucky that in Sheffield we have been able to continue our training when the country has been in lockdown. We have the perfect safe environment in Sheffield which allows us to train every aspect of our sport and with everything going on, everyone is very grateful of the opportunity.

“I think this year has taught us there will be many challenges that are ever changing. For this reason, I haven’t been looking to anticipate challenges but just to be open and flexible to constant change and this has been key to maintaining improvement and focus.”

Galal Yafai is part of a well-known boxing family alongside his brothers, Khalid and Gamal, who were both previously members of the GB Boxing team.

The 29-year-old professional athlete has already helped to continue the family legacy by winning silver at the 2017 European Championships in Ukraine and gold at the Commonwealth Games in 2018 on the Gold Coast.

Galal, who qualified for Tokyo 2020 last March, said: “It’s a big thing to finally compete in the Olympic Games after the year everyone has had. For me, I think the delays have made it sweeter now it’s starting to come round.

“The biggest challenge I’m expecting is all the top guys at my weight. I’m going to go there and be the best I can be so I can’t really focus too much on them but it’s the Olympic Games, it’s the pinnacle for an amateur boxer and there will be a lot of good boxers there from all over the world and that’s what makes it more competitive and that’s where you want to be ultimately.

“I’m looking forward to showing everyone what I’m all about and hopefully coming home as an Olympic champion.”

Paralympic badminton player Jack Shephard, from Dronfield, has been honing his skills since he was just 10 years old and became world champion in 2017.

Tokyo 2020 will be the Olympic debut of para-badminton, so Jack is currently putting all his efforts into preparing to impress this Summer.

Jack said: “I am mainly super excited. It’s been a dream for as long as I can remember and now it’s so close it just motivates me even more each day.

‘We have our last qualification in Spain in a couple of weeks’ time so that is my focus at the moment but Tokyo is always in the back of my mind. My preparation has been going very well and I’m fully on track. I just can’t wait to play.”

Sheffield is the only city in the world bringing together elite and professional athletes training alongside the local community in one of the UK’s most deprived areas with the aim of redefining physical activity and health.

In the heart of the city’s former steel works district, Sheffield Olympic Legacy Park is delivering a tangible legacy from the London 2012 Olympic Games through a combination of world-class sports facilities, education, new skills, research and innovation, environmental improvements and opportunities for the local community.