Following an impressive Play-Off victory at the end of last season, the DBL Sharks Sheffield have unveiled their new-look squad for the 2016/17 British Basketball League season. 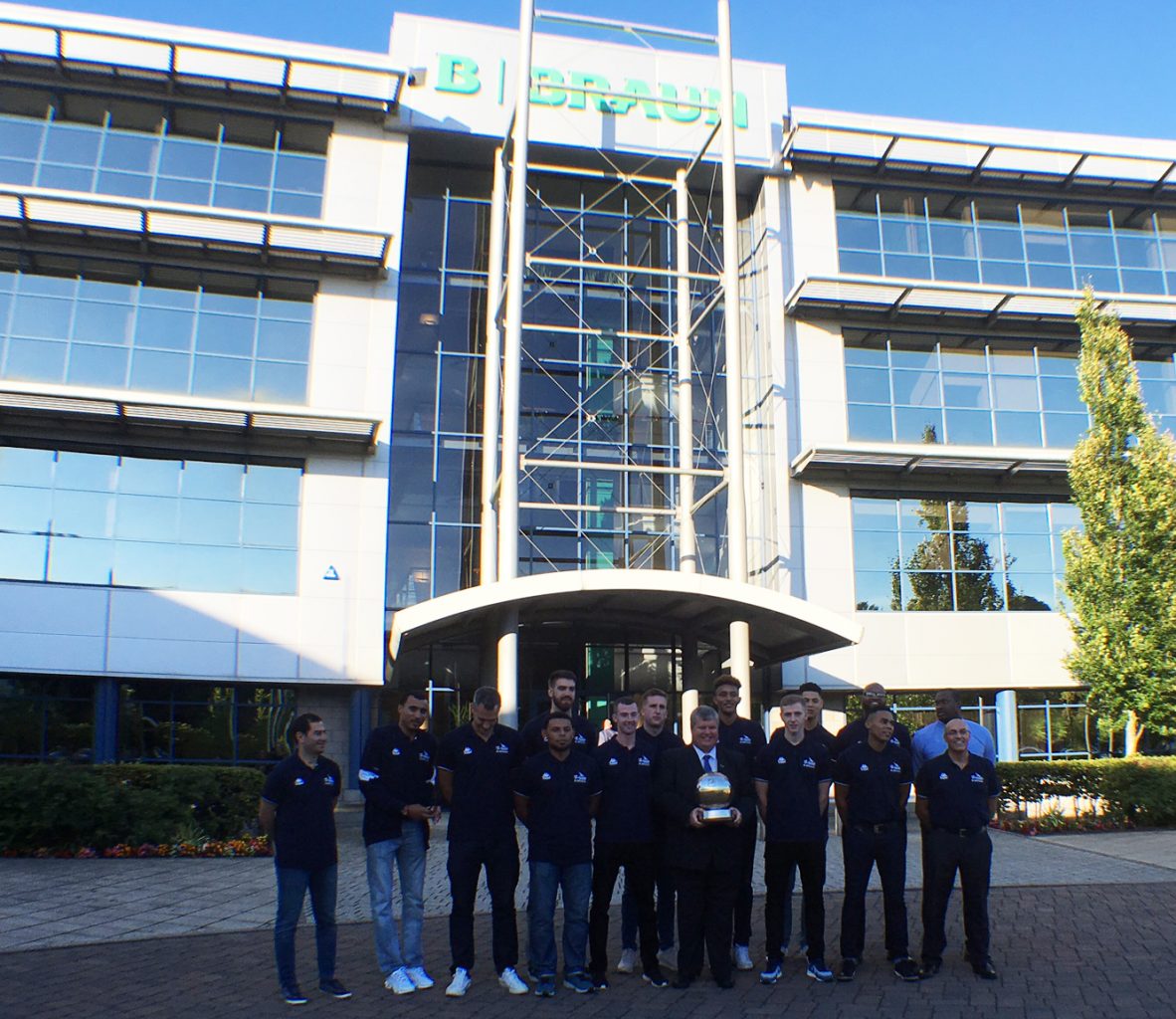 The team was revealed at the UK headquarters of the Sharks main sponsor – Sheffield-based health care company B. Braun Medical Ltd.

The Park Community Arena which will be built on the Olympic Legacy Park will be the future home of the DBL Sharks Sheffield.

Head coach Atiba Lyons is thrilled to have secured the new players, he said: “I am extremely excited to have a player of Shaheed’s size on my team, he can play in multiple positions and will bring a different angle to our team.

“Jordan is a player that does whatever it takes to win and has the ability to be a pass first point guard as well as score with the ball if asked.

Atiba continued: “It is very exciting for us to be able to introduce our 2016/17 team, and we have created what we hope will be a real force to be reckoned with over the season ahead.

“We’d like to thank all our sponsors for their unwavering support and we’re looking forward to the first game of the season in two weeks’ time. We've pulled the Leicester Riders out of the hat so were expecting an action packed weekend from the get go and a tremendous start to the season.”

B. Braun hosted the Sharks launch event in its state-of-the-art business and communication centre and has agreed to sponsor the Sharks again this season, following eight years of continued support.

Hans Hux, Group Chief Executive of B. Braun Medical Ltd, said: “We were very happy to welcome the Sharks team to our Sheffield headquarters once again to reveal the new team.

“We are proud to support one of the most successful teams in the history of British basketball and we wish the team the best of luck with the coming season.”

The first chance to see the Sharks’ new team will be the opening home game against league champions Leicester Riders on Friday 23 September at the English Institute of Sport, Sheffield.

The Sharks are hoping for a repeat of the BBL Play-Off final, where they beat the Riders 84-77 to take home the trophy for the first time since the 2003/04 season.