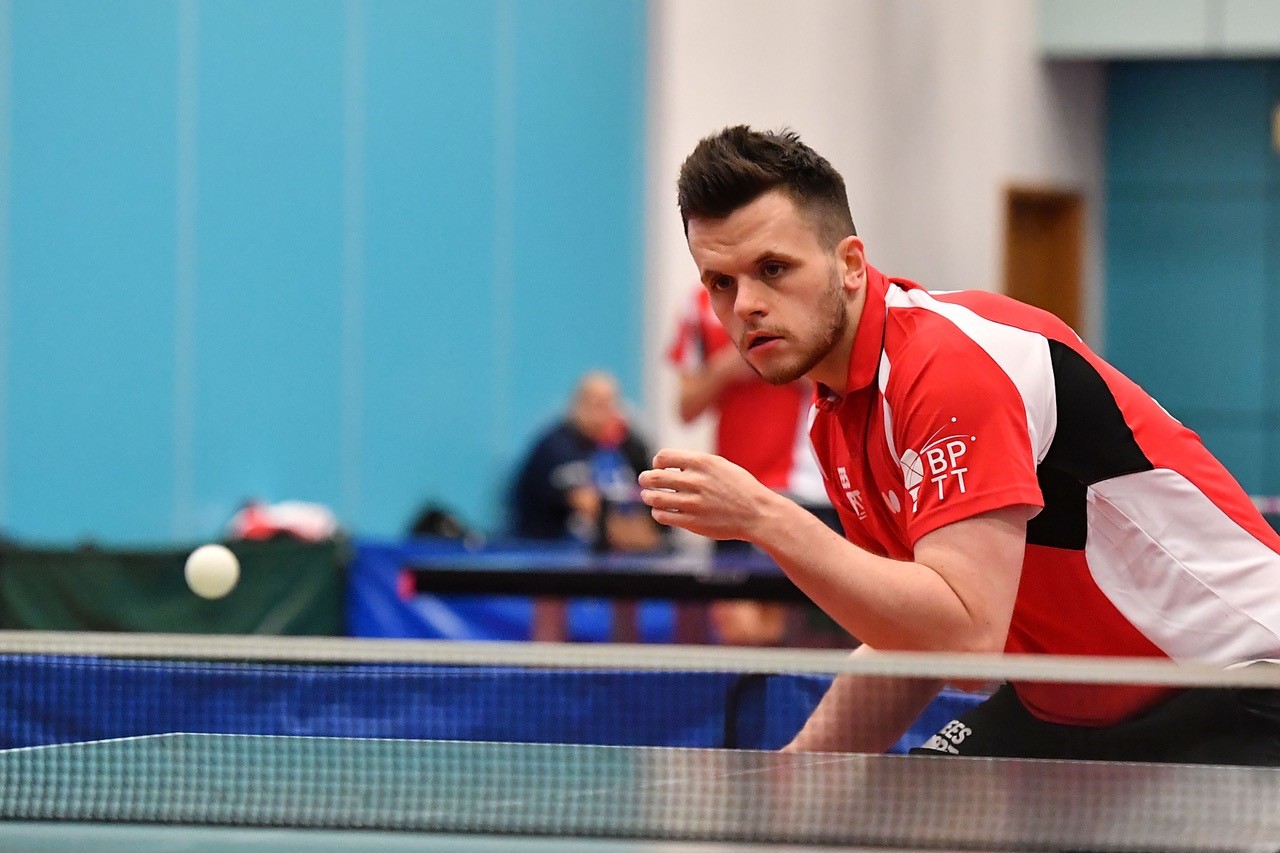 GB Paralympic table tennis star Aaron McKibbin has faced ups and downs in his career but went on to bring home bronze in the London 2012 and Rio 2016 Paralympic Games. He is hoping to medal again in Tokyo 2020.

The 27-year-old originally from London, has been based in Sheffield for the last nine years and trains at the English Institute of Sport Sheffield (EISS) on Sheffield Olympic Legacy Park.

Aaron played table tennis to a high-level in his earlier years until, at the tender age of 14,  he confesses, he began to fall out of love with the sport.

Aaron said: “Playing against people who were able bodied left me at a disadvantage and I fell out of love with the sport and stopped playing table tennis altogether.”

Years later, Aaron took up the sport recreationally during school lunch breaks with friends. The school was visited in 2007 by Mark Smith, one of the top 20 players in England, who was trying to increase participation in the game, and who noticed that Aaron had a talent.

Aaron said: “He kept encouraging me to join a club and eventually I did. From there, I played in competitions and tried out to play for England.

“It’s always been a dream since I was young to be on the world stage and this was my opportunity to do it. I basically fell in love with it from there, I moved to Sheffield in 2010 and have played ever since.”

Aaron’s dream of gracing the world stage came true in 2012, when he took home bronze at the London Paralympics.

In 2014 and 2015 Aaron won silver medals representing the British Para Table Tennis Team in  Italy, Slovenia and Slovakia, as well as competing in the 2014 World Championships in China, securing qualification for Rio 2016 by taking gold in the China Open in 2015. At his second Paralympic Games, Aaron once again brought home a bronze medal – and he hopes to bring similar success to Tokyo 2020.

Aaron describes a typical day at the EISS.

“We start at nine in the morning with table tennis training until about half eleven, then we have a little break and normally go down to the gym at about half one and do an hour-long session there.

“We’ll be back on the table for three until about half five, then after a bit of stretching we go home ready to start it again the next day.

“We have eleven players here full time who are from all around the country, and one week each month the whole squad, everyone from Wales and Scotland, will come together and we all play together. We have three full-time coaches along with our sports psychologist, physiotherapist and SNT coach all based at the EISS working with us every day.

“The coaches are quite strict on what we’re allowed to eat, because it’s such a fast sport you need to be light, agile and fast. Obviously, we have heavy training days, so recovery is really important. We need to make sure we get a lot of high-quality food and that constantly involves hydration. For me, my performance improves when I’m eating more cleanly and lightly, and when I’m physically at my best.”

He added “This year we are going to compete out there (Japan) beforehand which will be good to get a bit of a feel for it. I’m just looking forward to being in another Paralympic Games really, it’s obviously an amazing opportunity, it’ll just be great to get out there.”