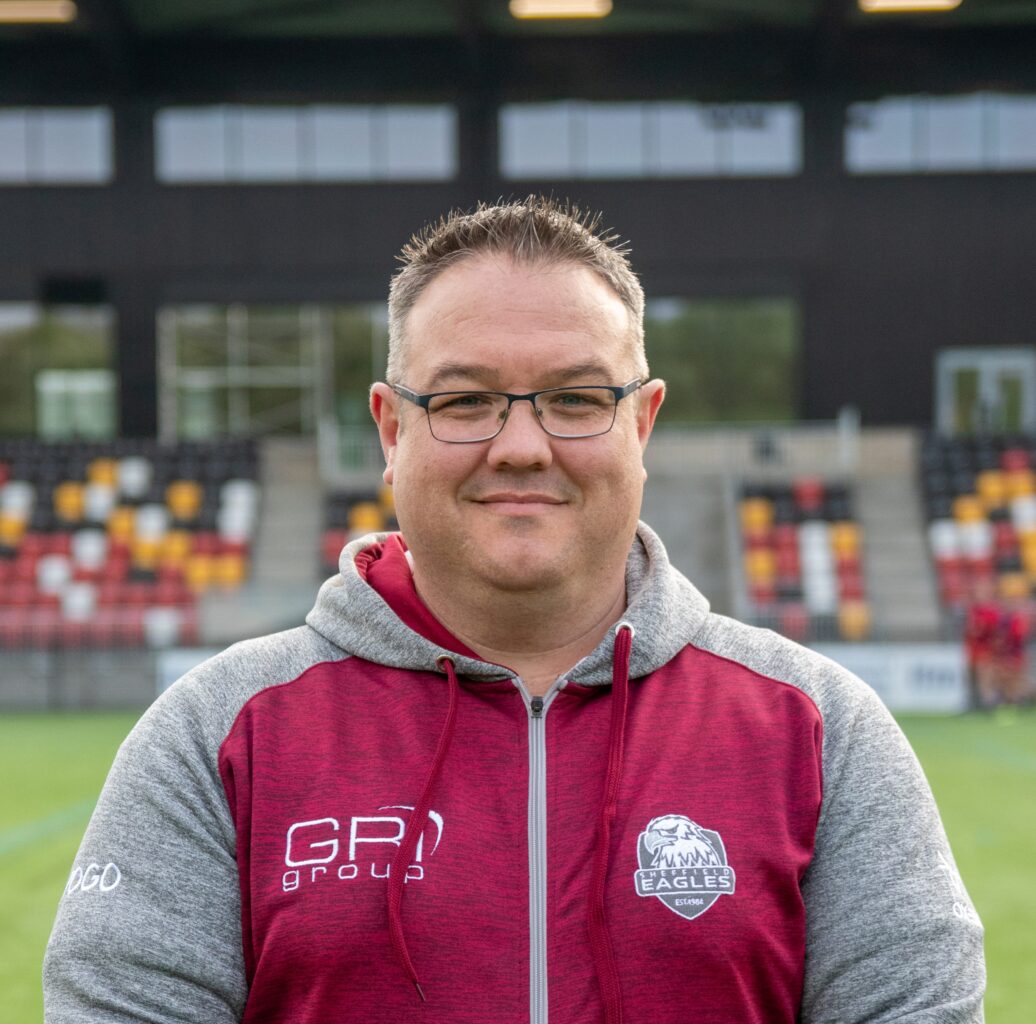 Mark Hannigan, Commercial Director at Sheffield Eagles Rugby League Football Club, took time out from his busy schedule to talk to us about being one of Sheffield Olympic Legacy Park’s partners and the exciting future that lies ahead for the club.

The Sheffield Eagles are a professional Rugby League Club, currently playing in the Betfred Championship.

The history of the club dates back to 1984 when we first started, through some very successful years including our historic Challenge Cup in 1998, back to back championships in 2012 and 2013 and more recently our 1895 Cup victory in 2019.

I am a director at the club and handle all the Business, Commercial and administration functions

What positive benefits does being located on Sheffield Olympic Legacy Park bring to your organisation?

For the club, having been nomadic for so long since the demolition of Don Valley Stadium, just to get back into the city on a permanent basis is huge!

Being part of Sheffield Olympic Legacy Park comes with numerous benefits. As a professional sports club, the health and wellbeing aspect is something that is at the top of our agenda, and to be associated with other like-minded companies and institutions currently on site and those looking to move here in the future is fantastic and brings its own benefits by association.

What is your post-pandemic vision for your organisation and how do you think being located on the Park will help you to deliver that?

We have a plan to get to Super League. We have been there before, and we want to get back and bring top level Rugby League to The City of Sport.

The name of the site says it all for me. If we could choose to be anywhere it would certainly be on the site associated with the legacy of one the best Olympics in a generation or more!  We would also like to collaborate with others on the site and forge long lasting relationships to ensure we can achieve our dream of Super League in Sheffield!

Later this year the Rugby League World Cup comes to Sheffield, with the England v Greece men’s game taking place at Bramall Lane and several wheelchair games, including the semi-finals, being hosted at the English Institute of Sport Sheffield.

This is hugely exciting for the sport in the city, and we are looking forward to working with partners to create a lasting legacy from the tournament.

Through our charity arm, the Eagles Foundation, we have already launched a wheelchair team, and a women’s team, and most recently started learning disability sessions and girls’ sessions which are all going extremely well.

Also this year we have received National Lottery funding for the Sheffield Eagles Heritage Project – a two-year project led by the Eagles Foundation to collect, record and share the history of the Club in collaboration with existing supporters, potential new fans, players, coaching and support staff, heritage enthusiasts, local schools and the broader community of Sheffield.

It really is an exciting time for rugby league in Sheffield.

The Park’s Master Plan aims to deliver whole population health and wellbeing change as well as helping to drive the economic regeneration of Sheffield and the wider city region. Do you think the Park is delivering a real Olympic Legacy and why?

I have absolutely no doubt the Park will deliver an Olympic legacy, and we are proud to be a small part of that delivery.

As we move forward as a society, post-pandemic, health and wellbeing will be at the forefront of everyone’s mind and the ethos of the Park as a whole will continue to educate and inspire not only the current generation but future generations for years to come.