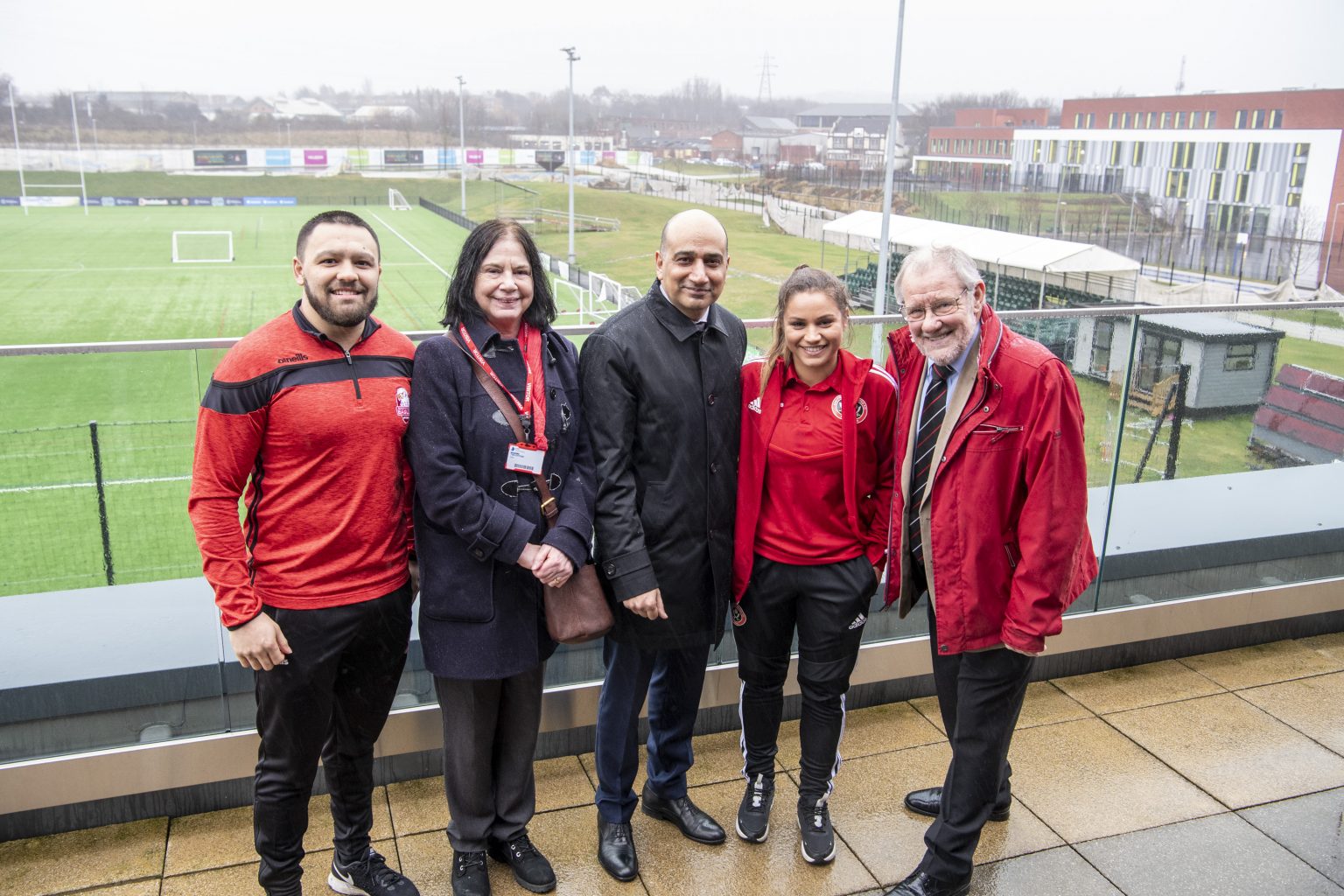 The event marked the start of building work on the 3,900-capacity stadium, which, when complete, will offer a permanent home to Sheffield United Women Football Club and Sheffield Eagles Rugby League Football Club.

The facility, being developed by Scarborough International Properties Ltd, will be built on the west side of the 3G pitch, which was completed in April 2017 and is also used by UTC Sheffield Olympic Legacy Park, Oasis Academy Don Valley and the local community.

He said: “This latest development is another major step forward for Sheffield Olympic Legacy Park and a further boost for sport in our city.

“We’re very excited to see building work getting underway and this is a tangible landmark in realising our vision of delivering a legacy on health and wellbeing through sport.”

Sheffield Eagles Chairman, Chris Noble MBE, said: “This is a major step forward for Sheffield Eagles and rugby league in the city. It will provide the club with stability at a secure and stable home for many years to come at a fantastic venue for both players and spectators alike.

“We very much look forward to playing out of the stadium and seeing it progress over the coming weeks and months.”

Locally based Whittam Cox Architects, supported by Arup Sheffield, designed the stadium, which will include conferencing facilities, office space and covers approximately one hectare. GMI Construction has been appointed as the building contractor.

Building plans include more than 1,200 seats in the west stand with a further standing capacity of over 2,600 along a north and east terrace, and an additional 78 places for wheelchair users and their carers.

Sheffield Olympic Legacy Park was established in the wake of the 2012 London Games to deliver an Olympic legacy through the four themes of sport, community, economy and environment and provides world-class sports, education, health and leisure facilities, new skills and jobs.