The former Sports Minister and Sheffield MP Richard Caborn, who was instrumental in bringing the 2012 Olympics to London, has been given an accolade for his dedication to public service and contributions to sport and manufacturing. 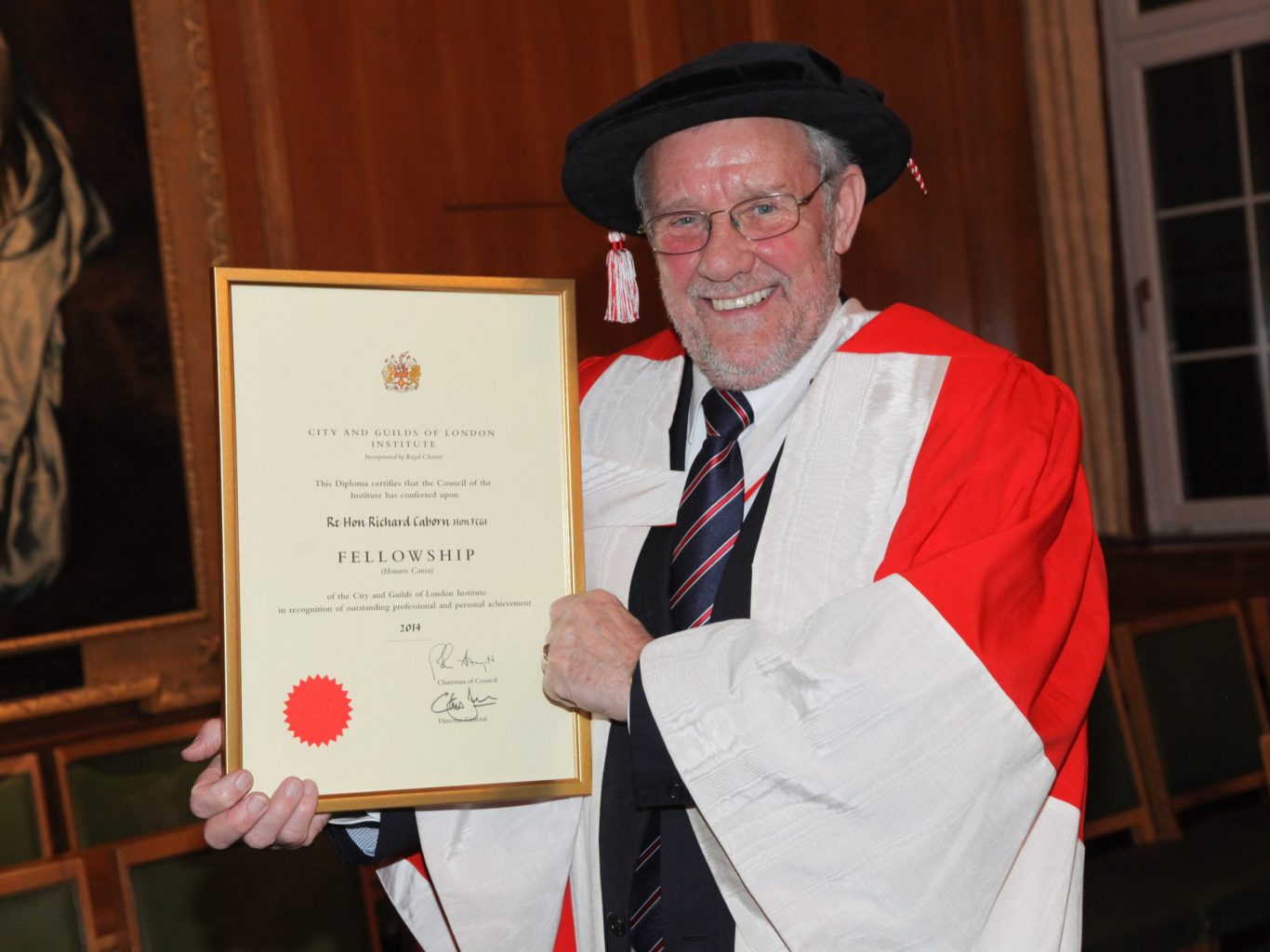 The City and Guilds of London Institute has awarded Mr Caborn, a key figure in the current development of the Olympic Legacy Park in Sheffield, an Honorary Fellowship of the City.
The prestigious City and Guilds, which now operates across the globe, has only given a fellowship to around 500 people in its long history.

Sir John Armitt, Chairman of the City and Guilds of London Institute, said in his presentation: “Richard is a prime example of how far an apprenticeship can take you. In recognition of his exceptional contributions to sport, manufacturing and public service, the Council is resolved to confer Honorary Fellowship.”

Mr Caborn said: “To be given an honour of such high esteem fills me with pride. It was a complete surprise when it was announced that I would be receiving a fellowship. “I couldn’t have achieved many of the things I have without the help of others, and would like to thank them, along with the City and Guilds of London Institute for this honour.”

Mr Caborn started as an engineering apprentice being awarded the title ‘Craft Apprentice of the Year’ whilst working at Sheffield steel firm Firth Brown, before going on to become Vice President of the Sheffield Trades Council and then an MEP and MP for Sheffield Central. He championed manufacturing trades.

During his time in Government he served in many different roles, including Regeneration and Planning, Minister for the Regions and Minister for the Trade. He also helped to establish Regional Development Agencies to promote industry, employment and wellbeing.

Mr Caborn’s time as Minister for Sport from 2001 to 2007 saw him playing a leading role in helping London to gain the 2012 Olympics. Further sporting recognition came with serving as the Prime Minister’s ambassador in the attempt to gain the 2018 World Cup; the Presidency of UK School Games and the English Amateur Boxing Association.

Although no longer an MP, Mr Caborn is pivotal in the development of the Olympic Legacy Park in Sheffield, which is set to be an internationally recognised innovation district for health and wellbeing research and learning.

Other accolades for Mr Caborn include a Doctor of Letters from the University of Sheffield and an Honorary Fellowship from Sheffield Hallam University.