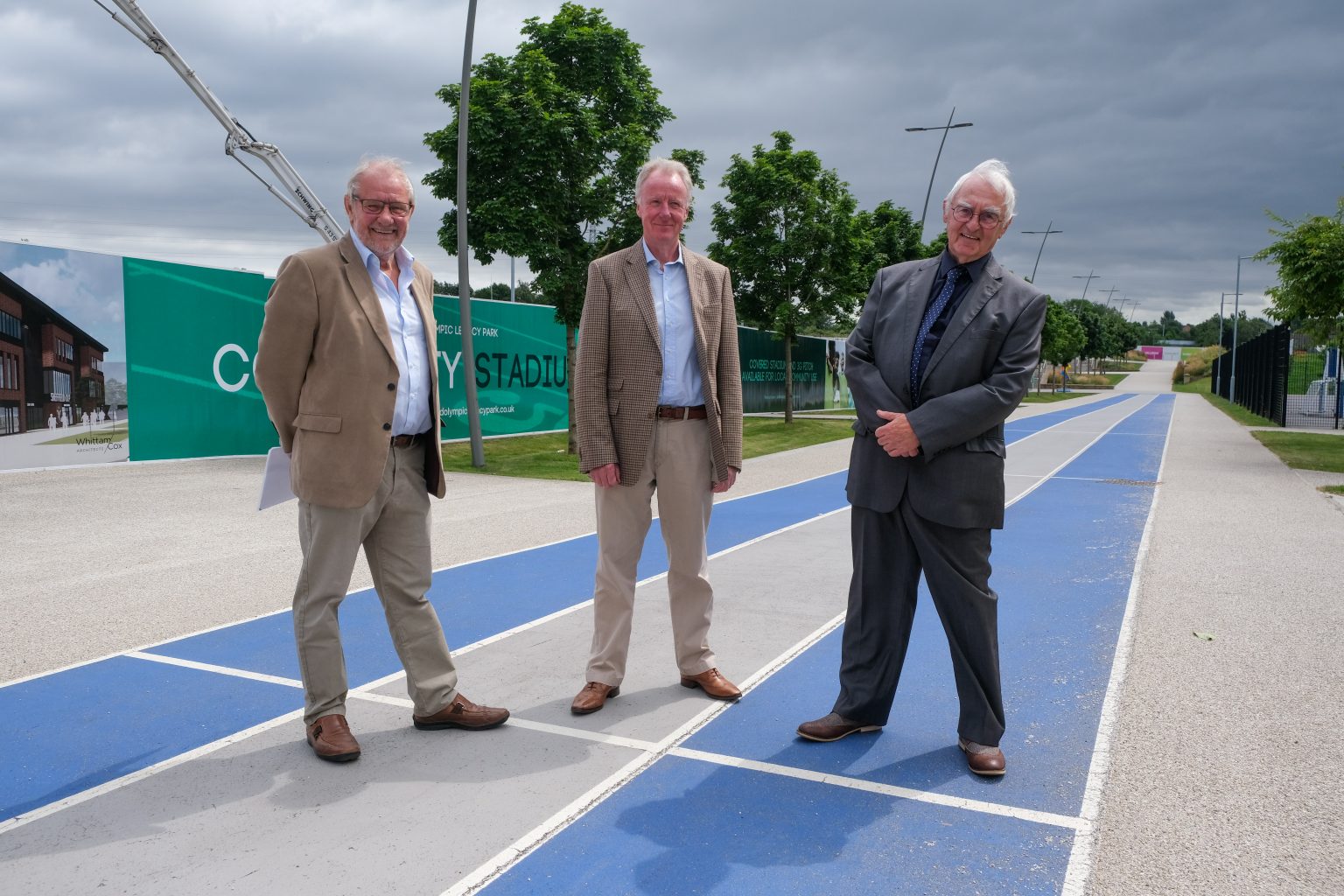 Tributes have been paid to Sheffield Olympic Legacy Park Project Director David Hobson, who this week retires as a massive £100 investment milestone is reached.

David’s leadership over the last seven years has laid the foundation for the delivery of a real and growing legacy following the London 2012 Olympics. He steps down as the park celebrates the completion of £100m of investment in its first development phase.

Richard Caborn, Sheffield Olympic Legacy Park Project Lead, said: “This has been an incredible journey. From the very beginning following the London 2012 Olympics, we had a vision to deliver a tangible legacy as we saw the enormous potential in sport to make a real difference to the health and wellbeing agenda.

“Whilst we had this great vision, it was David’s determination, tenacity and ambition that made it all possible. He has been at the heart of what this park is about in all its faculties, whether it’s the real estate, the link in the community, or the ethos that has created unique partnerships in Sheffield.

“We’re now looking towards the next £150m of investment, which will bring a whole new level of development and real estate to the area which will make a real statement not just in the Sheffield City Region, but far beyond that.”

David celebrated being the driving force behind many of the Park’s successes at an event held yesterday at the Advanced Wellbeing Research Centre (AWRC), a facility he helped to bring to life by personally writing the £14m funding application that led to its construction.

Special guests included Sheffield legend Joe Scarborough, who has been commissioned to produce a unique piece of artwork illustrating the contrast between the historical venues in Attercliffe and the new developments on Sheffield Olympic Legacy Park.

David’s work with landscape architects Ares set a new benchmark for landscape quality in Attercliffe through Sheffield Olympic Legacy Park, which was recognised with the Architects’ Journal Landscape Architecture of the Year Award in 2018.

He also played an instrumental role in laying out the Park’s agreement with the British Olympic Association, which emphasises the immense role it plays in delivering a sporting legacy as the world’s only Olympic Legacy Park outside a host city.

More than 50 of Team GB’s Olympic and Paralympic athletes competing in Tokyo 2020 trained in the English Institute of Sport Sheffield on Sheffield Olympic Legacy Park.

David said: “I’m honoured to have been given the opportunity to be involved with a project that has not only made such a difference to the local community, but has been instrumental in the regeneration of Attercliffe.

“When we began envisioning how Sheffield Olympic Legacy Park would look, we wanted to deliver something that wouldn’t just change people’s perception of the area, but would be on a level of quality typically only seen in the City Centre. I’m incredibly proud that we’ve managed to go above and beyond what we ever imagined.

“This has truly been a fantastic journey, but this isn’t about me, it’s about Sheffield. It’s about all the public sector, private sector, design teams, construction teams, end users, schools, education, in this city working hand in hand with a shared objective. This goes to show what you can achieve if you all work together.”

Chris will work closely with Scarborough Group International (SGI) which is bringing forward a masterplan for the next phase of development, that will include up to 850,000 sq ft of workspace and ancillary facilities across an 80-acre zone.

Already on site and due for completion at the beginning of 2022 is the Community Stadium, and over the coming months SGI will set out its plans for what will be the heart of the Park, including an Enterprise Centre to support start-up and growing businesses in the health, wellbeing, sport, and activity sectors.

Other forthcoming developments include a ground-breaking National Centre for Child Health Technology (CCHT) which will develop technology to address national child health priorities including obesity and mental health. The CCHT is predicted to generate £30m in research funding, attract £50m in private sector investment and deliver over £200m in savings to the NHS in the next 10 years.

Canon Medical Systems is planning a new, world-class diagnostic imaging lab and research centre for product development that promises to transform the speed and accuracy of diagnostics for the NHS and healthcare industry. This will be housed in a new Community Arena which will also be home to the B. Braun Sheffield Sharks Basketball Team.