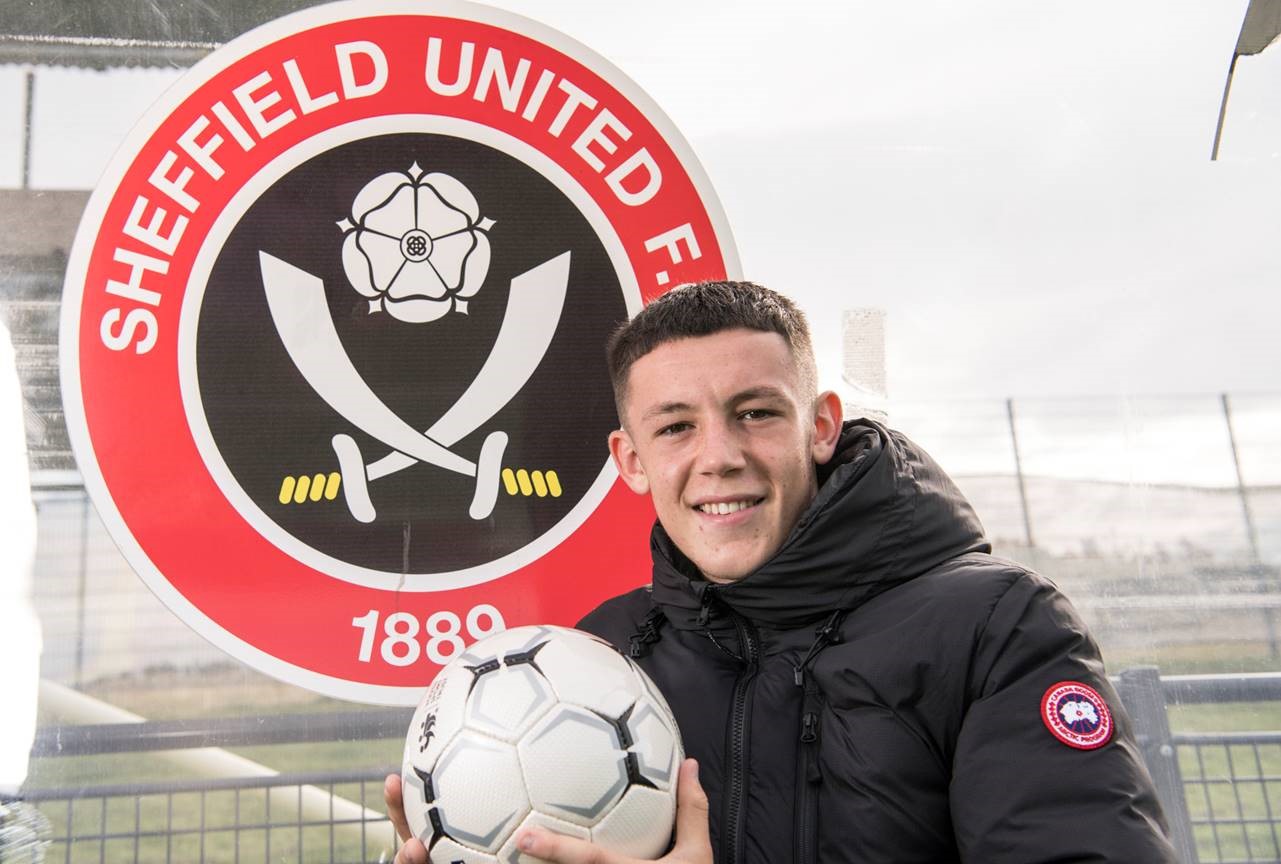 Sixteen-year-old Frankie Maguire has been signed up to and started a two-year scholarship at Sheffield United Academy.

Frankie said: “I’m really happy about getting a scholarship. My long-term aim is to get to the highest level that I can, play in the Premier League and, hopefully, one day, represent my country.”

He added: “My family have been mega supportive and are ensuring that I keep my feet firmly on the ground and don’t let things to go to my head!”

UTC Sheffield Olympic Legacy Park is Ofsted graded ‘good’ and provides 13 to 19-year-olds with the opportunity to study a high quality technical qualification in computing, health sciences or sport science alongside GCSE and A Levels.

Sarah Clark, Principal of UTC Sheffield Olympic Legacy Park, commented: “This is a fantastic achievement and we would like to congratulate Frankie on his footballing success.”

She added: “We hope Frankie continues to work hard on the pitch to fulfil his dream of becoming a professional footballer representing the club he loves and supports.”

Frankie progressed onto an apprenticeship at Sheffield United Academy, which is divided between his development as a footballer and education, after finishing his studies at the UTC in June this year.

Frankie now spends more than 12 hours of his working week studying a BTEC Level 3 NVQ qualification in Sport along with an FA coaching qualification.

The rest of the time is spent honing his technical ability, improving his tactical knowledge of the game and getting himself fitter than he has ever been.

Frankie has recently been listed as one to watch by The Guardian in a summary of the top 20 best young players and next generation of talent.

Vinnie Brockie, Under 16s Coach, Sheffield United Academy, said: “Frankie is one of the most dedicated young players whom I have had the privilege to coach. He has a real passion for football and a desire to improve all aspects of his game.”

He added: “He is self-driven and displays leadership qualities on and off the pitch. We are confident that Frankie will reach his true potential and have a career as a professional footballer.”

UTC Sheffield Olympic Legacy Park has been designed to meet the needs of regional employers by training the next generation of talent with the right skills and knowledge to fill the jobs of tomorrow, and has the latest high tech facilities.